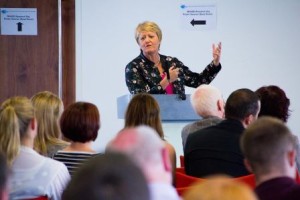 The Manchester Academy for Healthcare Scientist Education (MAHSE) held their first Research Day on Monday 9 June 2014. The day was a resounding success with around 130 attendees. The keynote address was given by the Chief Scientific Officer, Professor Sue Hill OBE, and Jennifer Gilroy-Cheetham gave her experience of conducting research and innovation projects as a Healthcare Scientist in the NHS.

Feedback from the day was very positive with all speakers rated between good and excellent. Comments from the day included words like ‘inspirational’ and ‘motivational’. Over 50% of those attending found the most useful part of the event was learning about the research projects that our final year trainees had been involved in. One trainee noted that “It has refocused and re-motivated me to work hard at my role in the NHS”. 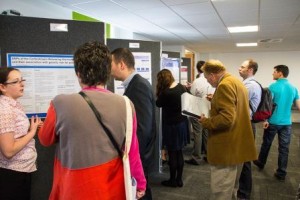 We would like to thank all of the trainees who participated to make the event such a huge success. Out of those who took part, there were five different prizes awarded, as follows:

Winners of the talks:

Winners of the posters:

Due to the overall success of the event this will be an annual occurrence and we will advertise the date for 2015 in due course.